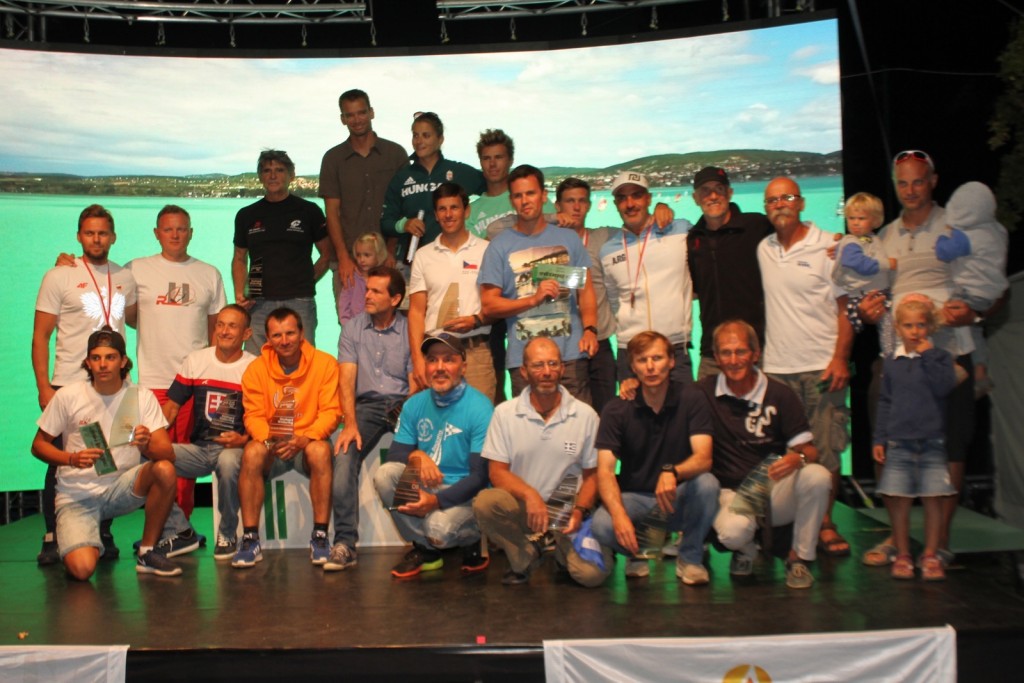 The 2017 Raceboard and DII European Championships have come to a close in Balatonfured, Hungary. Almost 100 windsurfers from all over the world competed in the event organised by the Hungarian Windsurfing Association.

It has been 20 years since the last major windsurfing event held on Balaton lake, but it was worth the wait. As Istvan Boka, the Mayor of Balatonfured, emphasised during the opening ceremony the city would love to welcome further windsurfing events and hopes that guests would be satisfied with their stay and that they would come back again in the future.

Balaton known for light wind conditions provided some excellent racing during the first part of the championships with 11 races completed within three days. Later it got a little tricky and the final 12th race was conducted just minutes before the last possible warning signal.

After the event Aron was really happy stressing that it had been over twenty years since he last had the opportunity to race on his home ground. The support he got from the local community was great and to have the whole family with him was special. “My place is always easier for me as I train a lot here and know the lake well.”

Over in the DII class Irek Kutyla from Poland won the Division C and Janko Prisusek from Slovenia the Division A.

The European Championships wrap up a series of major Raceboard events in Europe. So until next year! 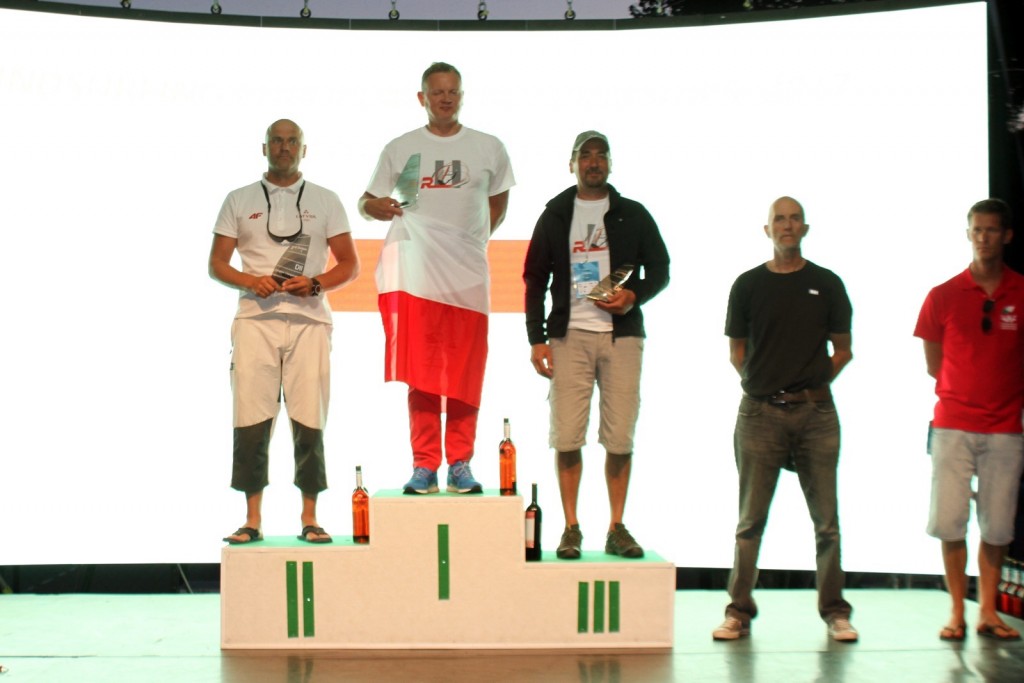 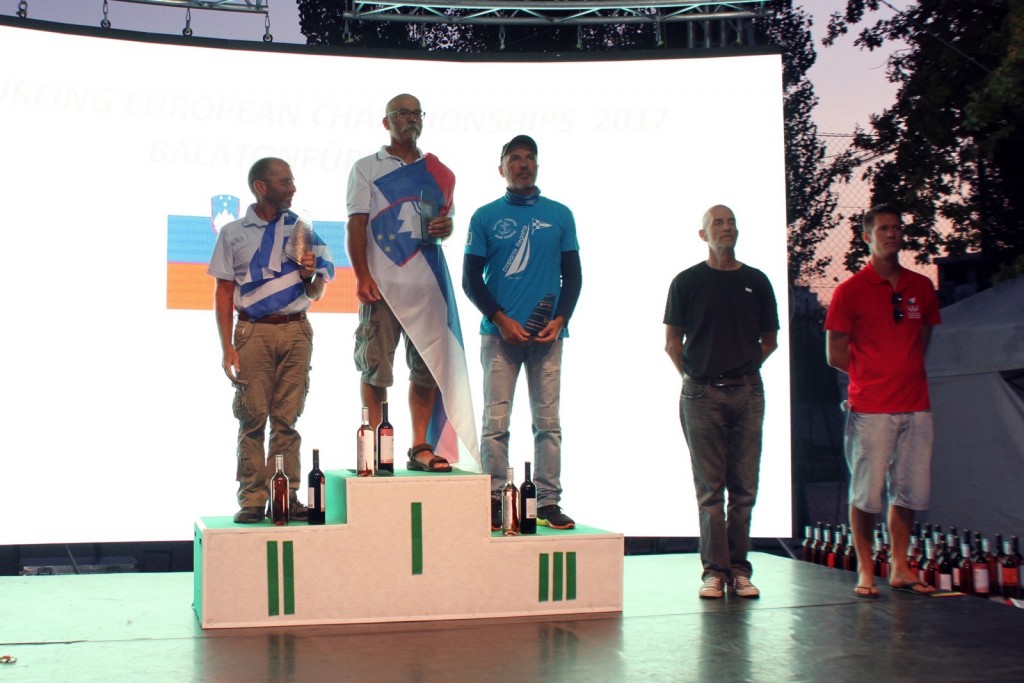 Europeans 2017 – Day 3
A little windier conditions. 2 races. Same leaders. Irek will be hard to catch in class C while the battle is on between Janko and Stratos in the iconic class A! Nice pictures © Piotr Oleksiak at raceboard.org, thx a lot! 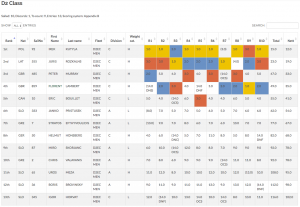 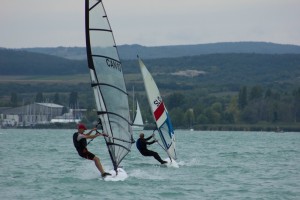 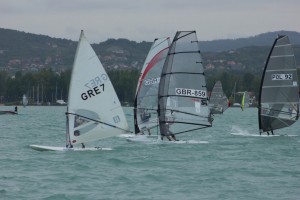 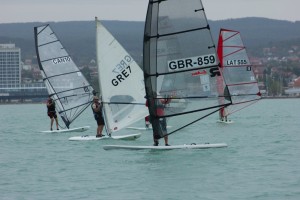 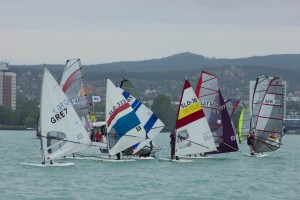 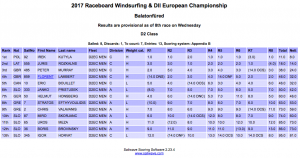 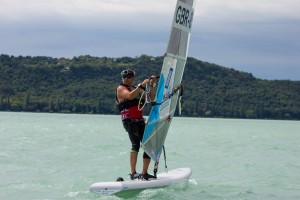 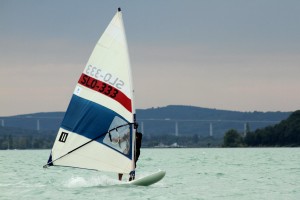 Today, four races were completed in Balatonfured, where the Raceboard and DII European Championships are taking place.

96 sailors from over 20 countries started off at 11 o’clock with the enthusiastic DIV II class going out first., followed by Raceboard Women and then Raceboard Men.

The two smaller fleets sailed on the outerloop in winds ranging from 5 to 12kts.

The men went on the inner with an exciting start of 71 windsurfers racing here in a fleet ranging from youth, through seniors to veterans including former and current Olympians.

After 3 races a one hour break was scheduled for the event, and then the fleet returned for the final race.

The conditions were typical for the area. The wind speed and direction changing throughout the day. This was not a problem however for the local Áron Gádorfalvi, who won 3 out of 4 races. Behind him the former champion – Patrik Pollak in second and Sánta Bence third.

Over in the ladies fleet Viviane Ventrin from France is leading, followed by Ilona Grinberga from Latvia and Molly Howell from Great Britain.

The DII is led by Irek Kutyła from Poland, followed by Juris Rozkalns from Latvia and Peter Murray from Great Britain.

We start tomorrow at 11:00 and you can follow the races live both on the event website and on the led screen at the venue. 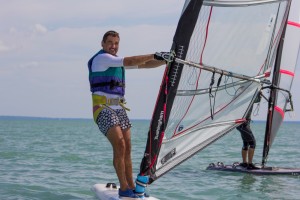 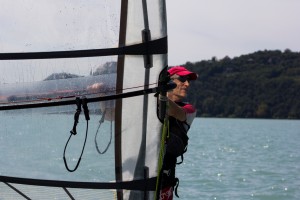 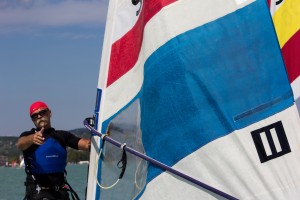 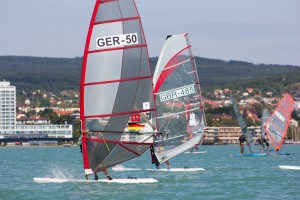 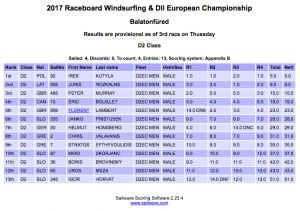