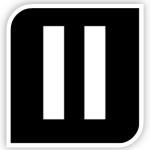 Under Class Rules (1979-1992) two racing divisions are defined – Category A and Category B.

ID2CA have developed Class Championship Rules to define how their championship racing shall be organised, and these rules also include an Addendum to Class Measurement Rules (1979-1992) that introduces the concept of a Category C division within the Class.

During the regatta only one board, three sails and two centerboards may be used. Not more than two sails shall be greater than 6.5 m2 measured in accordance with these rules. Only one sail and one centerboard shall be carried during a race.

The Class Rules should be read for full details about the measurement rules for D2 equipment.

The ID2CA regattas will be run according to the Championship and Racing Rules.