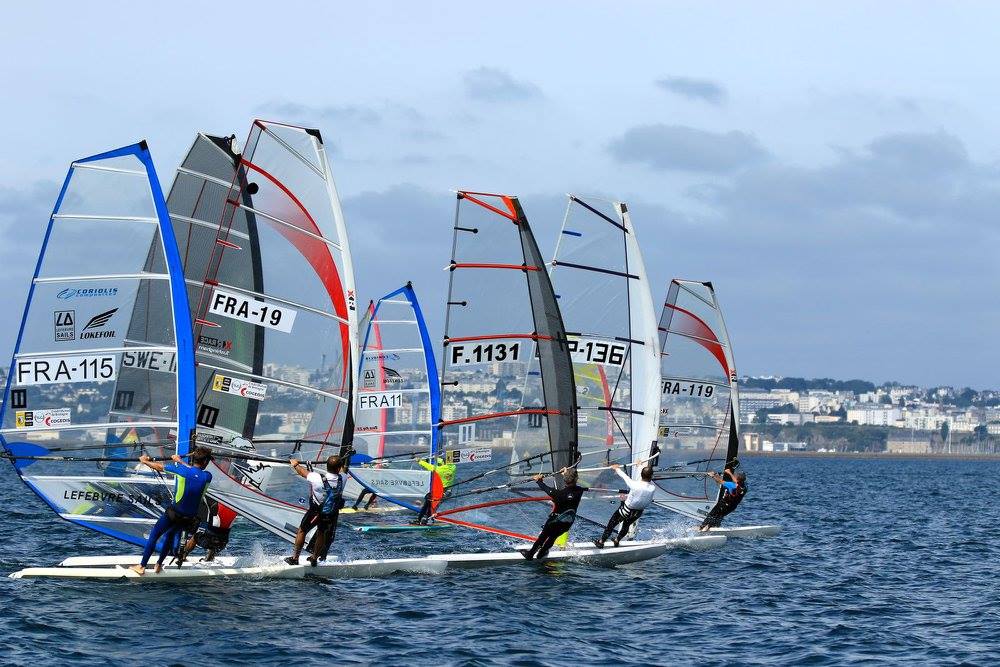 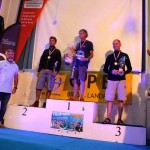 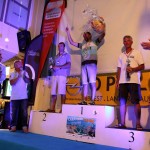 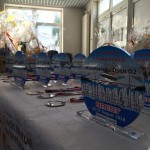 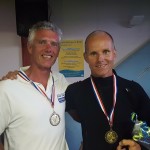 So this is it, our 1st European Championships since 30 years has ended.

Everyone has packed equipments and is heading back home now.

All ingredients to make D2 return on International scene shining.

Day 5 started, for once, as planned, i.e light wind progressively establishing west, around 7-10 knots, under a beautiful sky and warm temperature.

Race one was completed faster this time and next series were being launched quickly.

About 5 minutes before our 2nd race, while starting our procedure, wind suddenly picked up, almost doubling. When horn finally freed D2 fleet it was about 20 knots established, gusting 22 (RC), with increasingly choppy waters. So let say we rather left starting line in survival mode for some of us. I managed to sail one leg then decided to stop as situation was worsening then headed to closest beach. It ultimately blew out half of our D2 fleet.

Top 8 only managed to finish, more or less easily, and some of them rushed ashore for changing sails, in prevision of next race.

But it was the last of the day, and of the week, many RCBs being also in difficulty, mobilizing security resources.

RC cancelled 3rd race, making sure everyone was going back safely to the club. Remarkable, prompt reaction from Croco de l’Elorn RC that demonstrated twice its ability to react timely and efficiently to fix sudden, unexpected marginal conditions. Congrats! Well done! It has to be said.

Week is over now. We had great time and it was really good meeting friends again as well as making new ones.

We look forward to meeting you again soon for another unforgettable European Championships. 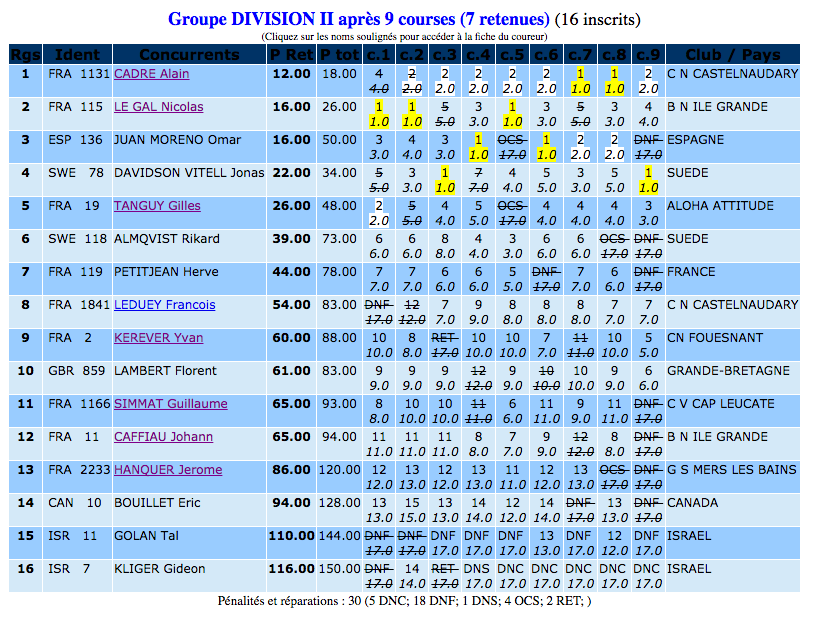 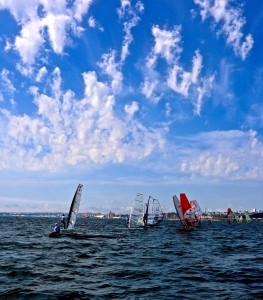 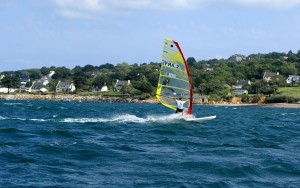 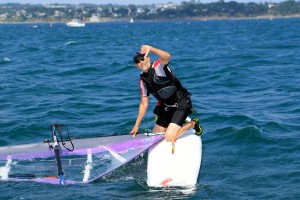 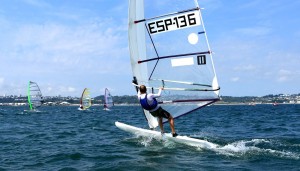 Short summary of today’s races by Eric Bouillet CAN-10:
“3 races run for us (Tal & I ) today, 4 overall, as we had to take some time off after mid day break for AGM preparation.
Too bad for us as the 4th race was concluded under a nice blue sky with 12-13 knots breeze from North- North Est.
Gorgeous day overall all day despite pessimistic forecast in the morning.
Again the first 3 race courses were set quite far from Marina, forcing a long down wind to reach starting line and a more longer return upwind.
We waited almost an hour down there until we were finally clear to start.
Mix of slight breeze (10-12 knots and 6-8 knots) and significant wind shifts and wind corridors on both sides of the bay litterally split the fleet in two equal parts. Which option was best?
Going right toward cliffs or left toward port? I don’t have the answer still…
C sails took immediate advantage as usual and it didn’t take long to loose them on sight, except when crossing them going downwind.
It definitely takes more wind to keep contact but it didn’t happen.
Forecast for tomorrow were pessimistic but it has started to change already (we are getting used) with likely more wind in the afternoon after a brutal 180 degree shift from East to West during the morning.
Level of motivation for each of us remains very high and tomorrow is the Day, the Last Day…
So, stay tuned !” 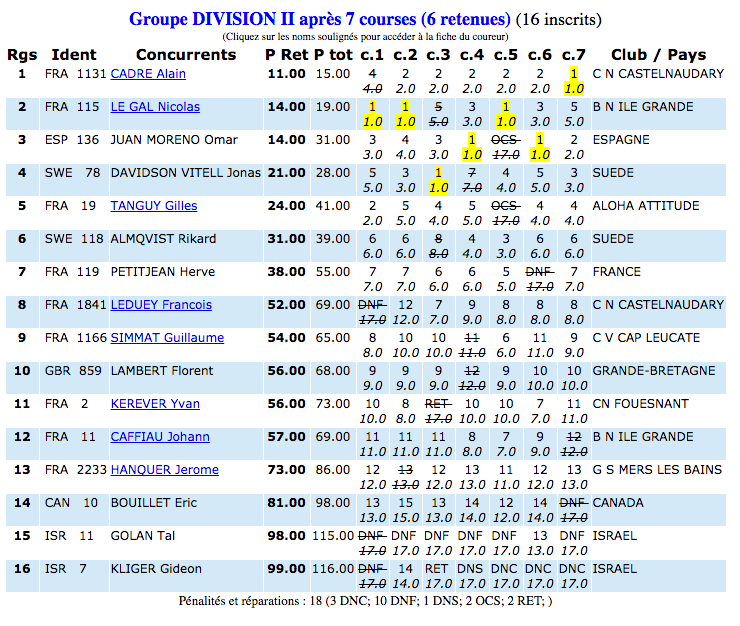 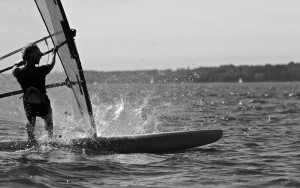 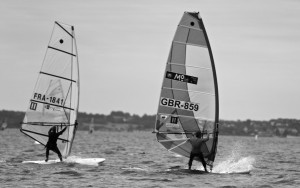 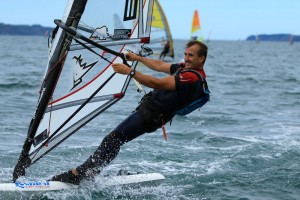 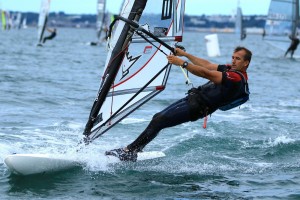 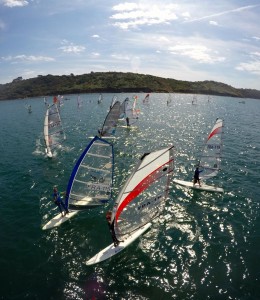 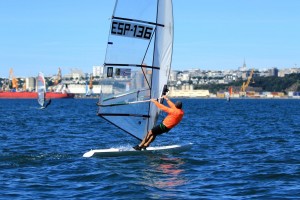 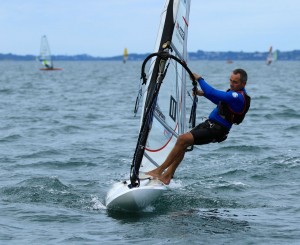